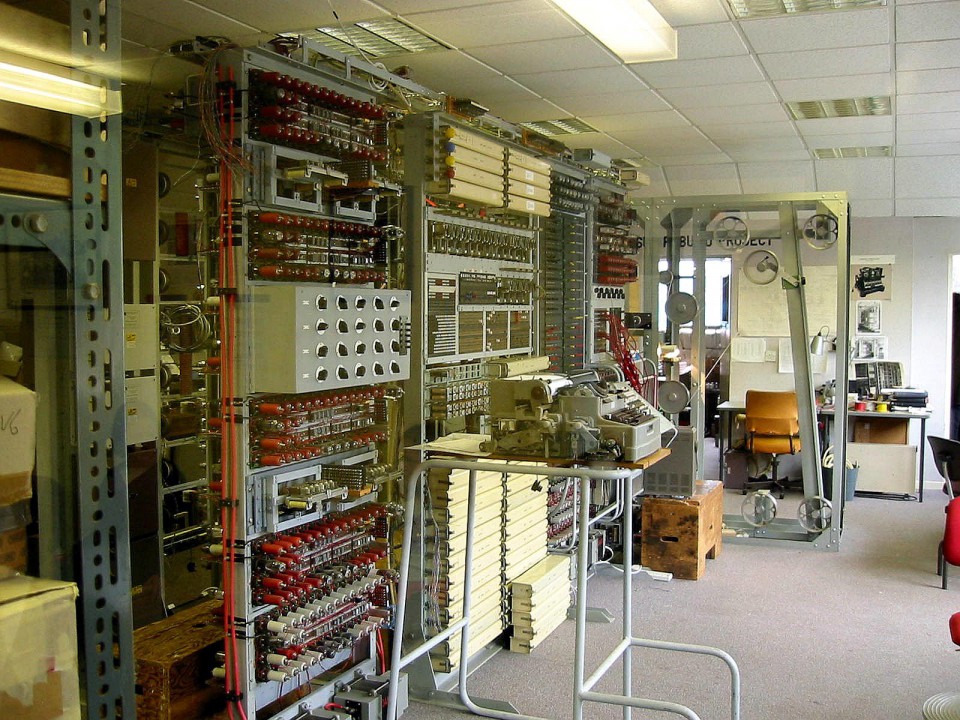 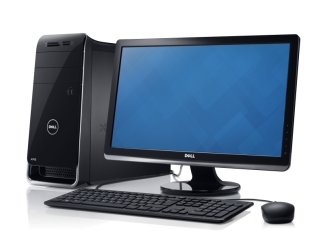 colossus-computer.com: “During their later years the two Colossi were used extensively for training. Details of what they were used for prior to this remain classified. There is a hint of the importance of one new role for the Newmanry (those who worked for Newman at Bletchley Park) survivors in a letter written by Jack Good (See also below): “I heard that Churchill requested that all Colossi be destroyed after the war, but GCHQ decided to keep at least one of them. I know of that one because I used it myself. That was the first time it was used after the war. I used it for a purpose for which NSA [(US) National Security Agency] were planning to build a new special-purpose machine. When I showed that the job could be carried out on Colossus, NSA decided not to go ahead with their plan. That presumably is one reason I am still held in high regard in NSA. Golde told me that one of his friends who visits NSA told Golde that I am ‘regarded as God’ there.”” http://www.colossus-computer.com/colossus1.html

It would be interesting to know just how much of Colossus went into the British and US computers that came later… like Turing’s ACE?

And so even though officially, Churchill had requested that all Colossus be destroyed after the war, GCHQ a British intelligence organisation responsible for providing signals intelligence (SIGINT) and information to the British government, acquired a Colossus.

The NSA a US intelligence agency responsible for global monitoring, collection, decoding, translation and analysis of information and data for foreign intelligence and counterintelligence purposes – also known as Signals intelligence (SIGINT) was also given a Colossus.

spartacus-educational.com: “Jack Good worked closely with Max Newman and Tommy Flowers in producing the pioneering Colossus computer. Good later recalled: “The machine was programmed largely by plugboards. It read the tape at 5,000 characters per second and, at least in Mark II, the circuits were in quintuplicate so that in a sense the reading speed was 25,000 bits per second. This compares well with the speed of the electronic computers of the early 1950s.”
http://spartacus-educational.com/Jack_Good.htm

bbc.co.uk: “He (Alan Turing) is often called the “father of computing”, but was this really the case at the time of conception? Turing’s former Cambridge tutor and leader of the wartime Colossus development at Bletchley Park, Prof Max Newman, described him as “one of the most profound and original mathematical minds of his generation”.
And yet, when asked what influence Turing’s ‘On Computable Numbers’ paper had in the early days of computer design, Newman replied: “I should say practically none at all.”” http://www.bbc.co.uk/news/technology-18327261
We are bound to ask, if we accept Newman’s word that Turing had no effect on computer development, what on earth did he do to deserve his reputation as a computer pioneer?

The Enigma machine and Colossus
Wiki: “Arthur Scherbius (1878 – 1929) was a German electrical engineer who patented an invention for a mechanical cipher machine, later sold as the Enigma machine.” https://en.wikipedia.org/wiki/Arthur_Scherbius
http://www.bletchleypark.org.uk/content/machines.rhtm

1918 Enigma Patents
cryptomuseum.com: “The first patent for an Enigma machine, or at least something that would eventually evolve into an Enigma machine, was filed by the German inventor Arthur Scherbius in 1918. He worked in close collaboration with Hugo Alexander Koch from The Netherlands, who had also patented a cipher machine. Koch’s patents were later transferred to Scherbius’ company. It should be noted however, that the rotor machine was initially invented in 1915 in the Netherlands by two Naval officers, R.P.C. Sprengler (1875-1955) and Theo A van Hendel (1875-1939). Over the years, many aspects of the Enigma machine were patented in Germany, but also in other countries such as the USA, the UK, France, Switzerland and The Netherlands.” It is documented that there were a string of patents after the date above, the last one being registered in 1929. The first German Patent DE416219 / was on 23 February 1918 “This is also the first Enigma-related patent, filed by Arthur Scherbius, issued on the 23 February 1918. It was released on 8 July 1925.”
http://www.cryptomuseum.com/crypto/enigma/patents/index.htm
As we can clearly see from the above, the Enigma was not a secret during WWII.

Wiki: (Tommy) “Flowers’s first contact with the wartime code-breaking effort came in February 1941 when his director, W Gordon Radley was asked for help by Alan Turing, who was then working at the government’s Bletchley Park code-breaking establishment 50 miles north west of London in Buckinghamshire. Turing wanted Flowers to build a decoder for the relay-based (electromechanical) Bombe machine, which Turing had developed to help decrypt the Germans’ Enigma codes.
http://en.wikipedia.org/wiki/Tommy_Flowers#World_War_II

Colossus was intended to process information derived from the, by then, updated Lorenz cipher machine (teleprinter) transmissions and not the Enigma as is so often believed. The reader can see from this that no support for Colossus was forthcoming from Turing or Max Newman: Turing, supposedly being the ideas-man behind all modern electronic computers.

Marian Adam Rejewski (1905 to 1980) was, according to Wiki, “a Polish mathematician and cryptologist who in 1932 solved the plugboard-equipped Enigma machine, the main cipher device used by Germany. The success of Rejewski and his colleagues Jerzy Rózycki and Henryk Zygalski jump-started British reading of Enigma in World War II; the intelligence so gained, code-named “Ultra”, contributed, perhaps decisively, to the defeat of Nazi Germany. http://en.wikipedia.org/wiki/Marian_Rejewski

But we are told to believe that Turing did this!

Turing and the Bomba
Wiki “The bomba was an electromechanical device (not electronic) used by British cryptologists to help decipher German Enigma-machine-encrypted signals during World War II… …The initial design of the bombe was produced in 1939 at the UK Government Code and Cypher School (GC&CS) at Bletchley Park by Alan Turing, with an important refinement devised in 1940 by Gordon Welchman. The engineering design and construction was the work of Harold Keen of the British Tabulating Machine Company, it was a substantial development from a device that had been designed in 1938 by Polish Cipher Bureau cryptologist Marian Rejewski, and known as the “cryptologic bomb” (Polish: “bomba kryptologiczna”).”
http://en.wikipedia.org/wiki/Bombe
It seems that Turing was involved in an important refinement of the Bomb that was devised by Gordon Welchman??? This is a typical example of historic distortion (historical revision) by Wiki.
http://en.wikipedia.org/wiki/Bomba_(cryptography)

The resulting messaging system was the Lorenz cipher machine of C. Lorenz AG and it was this machine that was cracked… but not, as we will see, by Turing.

Wiki: C. Lorenz AG, “…was a German electrical and electronics firm… In 1918, a German inventor developed a cipher machine using multiple rotors with pins representing alphabet letters. Placed on the commercial market as the Enigma machine, it was adopted by the German Navy and Army in the 1920s The Enigma, however had deficiencies, and the German Army High Command asked Lorenz to develop a new cipher machine that would allow communication by radio in extreme secrecy. Called the Schlusselzusatz (cipher attachment), the Lorenz cipher was an in-line addition to their standard teleprinter. The Lorenz SZ40 was introduced on an experimental basis in 1940, and the enhanced SZ42A machine was used from February 1943 and the SZ42B from June 1944 onwards for high-level communications between the Supreme Command of the Armed Forces in Berlin and Army Commands throughout occupied Europe. Unlike Enigma, no physical Lorenz machine reached Allies’ hands until the very end of the war in Europe.”
http://en.wikipedia.org/wiki/C._Lorenz_AG

It was the Lorenz Cipher machine that was decoded at Bletchley. en.wiki: “The Lorenz SZ40, SZ42A and SZ42B (SZ for Schlusselzusatz, meaning “cipher attachment” were German rotor stream cipher machines used by the German Army during World War II. They were developed by C. Lorenz AG in Berlin. They implemented a Vernam stream cipher. British cryptographers, who referred to encrypted German teleprinter traffic as Fish, dubbed the machine and its traffic Tunny.”
http://en.wikipedia.org/wiki/Lorenz_cipher

Along comes another unsung hero who was also sacrificed in order to build the Turing myth: It was a chemist, William Thomas Tutte who cracked the code:

bletchleypark.org.uk: “Originally rejected in interview by Alan Turing for a message-codebreaking team, he was recruited in May 1941 by John Tiltman for the research section, which actually turned out to be the best choice. Tutte’s work there allowed him, from basic mathematical analysis, to deduce the structure of the German Lorenz SZ 40/42 encryption machine (codenamed Tunny), that was used for high-level German Army communications. On 30 August 1941, the German high command sent a single message twice (a “depth”), allowing Tiltman to break the message code by deducing the obscuring key. Tiltman then handed it and some other Tunny keys to Tutte, who after writing out by hand the original teleprinter 5-character Baudot code, made an initial breakthrough by recognising a 41-character repeat. Over the following two months, Tutte and other members of the Research section worked out the complete logical structure of the cipher machine. This achievement was later described as “one of the greatest intellectual feats of World War II”. Using his breakthrough, bulk Cryptanalysis of the Lorenz cipher became possible.”

Again bletchleypark.org.uk tells a similar story: “John Tiltman then gave this long stretch of obscuring characters to a young chemistry graduate, Bill Tutte, who had recently come to Bletchley Park from Cambridge. Bill Tutte started to write out the bit patterns from each of the five channels in the teleprinter form of the string of obscuring characters at various repetition periods. Remember this was BC, “Before Computers”, so he had to write out vast sequences by hand.”
http://www.bletchleypark.org.uk/content/machines.rhtm

William Tutte is rarely if ever mentioned in connection with the codebreakers, together with Tommy Flowers both went unrecognised until the 1970’s due to the Official Secrets Act , even today very few people have heard of them. But then, Tommy was not an academic, not a scientist, not a mathemetician and Tute was a chemist and this all but guarantees anonymity alongside the sons of scientific methodology. By contrast, Alan Turing, although virtually an unknown in his day, has been elevated to the dizzy heights of scientific super-stardom. But his computer science and AI achievements do not stand-up to critical scrutiny, such is the invisible nature of The Emperors New Clothes. If you can’t recognise the invaluable contribution made by Turing it’s because you lack a scientific education – in other words it’s because you are stupid! Asking questions that reveal the non-achievement of a scientists such as Turing is waved away as being stupid and unworthy of a straight answer.

The example above graphically shows just how little is generally known about Alan Turing, Colossus and Bletchley Park. The academic historians must have a fairly complete understanding of his true life and work and yet it can’t be found in one single place. He was a homosexual who had a hard time in his day, as did many other homosexuals and we all regret that. Can it be that the myth-making is more complex in his case? That the myth is not only the usual attempt to elevate the scientist above the mere mortal, but an apology for the historically bad attitude of science regarding gender preferences? Or was it something more insidious? Whatever the answer to that one may be, science tells lies about its manufactured heroes and we are all the poorer for the misinformation.

Go to Turing 1A

Go to Turing 1B