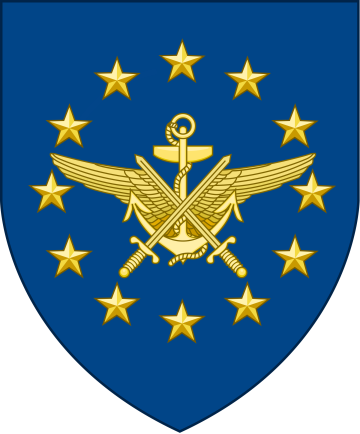 cadxx: It must surely by now be obvious that a no-deal Brixit is the only means by which the UK will exit the EU, bearing in mind the unending opposition of MPs of all colours. If you are of a mind like mine you will have asked yourself ‘what the hell is going on’? Why are these idiots so determined to scupper Brexit that they are prepared to risk their own livelihood? Blackmail has occurred to me. But to keep this from becoming a conspiracy blog the article below may provide some clues.

Without any fanfare, or public statements, parliamentarians are starting to ask questions about European Defence Union and what it means for British self-determination and national sovereignty. In this article we decode the answers.

The background to the recent questions has been a long period of silence. When President Jean-Claude Junker said, in his 13 September 2017 ‘State of the Union’ address:

And I want us to dedicate further efforts to defence matters. A new European Defence Fund is in the offing. As is a Permanent Structured Cooperation in the area of defence. By 2025 we need a fully-fledged European Defence Union. We need it. And NATO wants it.

The response in the UK was for politicians and the press to ignore it completely and carry on as if nothing had changed. But this is vital information. It provides a timescale (complete by 2025), a scale (fully fledged Union – that is complete integration and full operational control) and a partner in this venture (NATO).

There was further silence in the UK when the German Minister of Defence, Ursula von der Leyen, revealed more when interviewed by Kathimerini, an English-language daily newspaper published in Athens.

France wants this force outside the framework of the EU, to allow Britain to join in even after it leaves the bloc. Germany prefers it to remain within the EU. What is your opinion?

Our common goal is a strong European voice. We have started to build the European Defence Union. With PESCO at its core, this framework will lead to the harmonization of planning, procurement, and use of European military capabilities. And Britain is welcome to join in specific projects or missions. We have come a long way in a short period of time – but we still have a long way to go. The so called “European Intervention Initiative” fits well with this PESCO framework and the project of building a European Defence Union. It is not about a standing military force. It is a strategic topping helping to build what we call a European “Strategic Culture”; we just have to put the pieces together as we go along. I envision kind of a “roofing ceremony” for the European Defence Union during the upcoming Council Presidency of Germany during the second half of 2020.

This revealed much more, that the structure is virtually complete and will be topped-out in 2020, that progress is now rapid, and that the mechanism is a harmonisation of existing national forces under a European strategic topping, not a separate standing force.

So let us examine the recent parliamentary questions and answers, keeping in mind the key points detailed above:

To ask the Secretary of State for Defence, what assessment he has made of the effect of leaving the EU (a) with a deal and (b) under a no-deal scenario on the legal status and chain of command for UK armed forces personnel serving on EU-led missions.

The Political Declaration on the future relationship between the European Union and the United Kingdom sets out the basis for our future cooperation as a third country. This includes providing the legal framework, in the form of a Framework Participation Agreement, for the UK to contribute to EU crisis management operations and missions, on a case-by-case basis and when in the mutual interests. Such a partnership must respect the sovereignty of the UK, the UK will maintain control over its defence policy and decision making.

In a No Deal scenario, the UK would withdraw from Common Security and Defence Policy missions and operations – both military and civilian, and associated personnel seconded to the EU institutions. The UK would continue to act through other multilateral fora, including through the UN and NATO.

From this we learn:

NATO will remain the cornerstone of our defence and security, and the UK will retain full sovereign control over its defence policy and decision making. A deal with the EU will, however, enable us to cooperate on foreign and security policy issues of shared interest. Accordingly, the Political Declaration agreed in November 2018 states that the UK’s future relationship with the EU should benefit from cooperation on capabilities that facilitate interoperability and to promote joint effectiveness of Armed Forces. It thereby provides the option for the UK to participate in mutually beneficial capability projects and initiatives on a case-by-case basis, through the European Defence Agency, the European Defence Fund and PESCO, subject to conditions in Union law.

To ask the Secretary of State for Defence, whether his Department is currently or has been part of a trial for the EU’s Coordinated Annual Review on Defence.

The UK participated in the trial run of the EU’s Coordinated Annual Review on Defence in 2017-18. The trial run culminated in a report that was presented to Ministers in November 2018

Question asked by Andrew Rosindell (Romford) on 08 May 2019

To ask the Secretary of State for Defence, what her Department’s policy is on the integration of European armed forces plan; and if she will make a statement.

The Government is not aware of an integration of European armed forces plan. The UK supports increased cooperation and interoperability between armed forces, including at European level, for example through joint exercises and development of defence capabilities. Such cooperation must be complementary with NATO, the cornerstone of our defence.

To ask the Secretary of State for Defence, which Common Security and Defence Policy (a) missions and (b) operations the UK contributes to; and which other countries participate in each of those missions.

The UK deploys personnel to two military Common Security and Defence Policy (CSDP) operations (Operation ALTHEA and Operation SOPHIA), two military training missions in Mali and Somalia, and three civilian missions in Georgia, Kosovo and Ukraine. As an EU Member State, we also provide common funding for all CSDP operations and missions, both military and civilian.

Other countries contribute personnel, equipment and funding to all of the CSDP operations and missions in which we take part. We can provide a snapshot of contributions by other states for the week ending 5 May 2019:

Question asked by Andrew Rosindell (Romford) on 08 May 2019

To ask the Secretary of State for Defence, what (a) existing and (b) proposed commitments the Government has made to the European defence union; and if he will make a statement.

NATO remains the cornerstone of our defence. The UK has welcomed closer cooperation on security and defence at EU level, to the extent that it is coherent with NATO. The Political Declaration agreed in November 2018 provides the basis for a flexible and scalable future security partnership. The UK, along with other EU Member States, has been clear that we retain full sovereign control over defence policy and decision making.

As the document titled “OUTLINE OF THE POLITICAL DECLARATION SETTING OUT THE FRAMEWORK FOR THE FUTURE RELATIONSHIP BETWEEN THE EUROPEAN UNION AND THE UNITED KINGDOM” seems to be defining the effective ownership of Her Majesty’s Armed forces, let us conclude by examining that document in some detail: Under the heading “FOREIGN POLICY, SECURITY AND DEFENCE” there are eight bullet points:

An open-ended offer of operational integration.

The responses from the Government are a masterclass in deception. Without anywhere using easily understood language, they have confirmed that:

Many more questions should now arise. How is national sovereignty to be maintained when a European strategic overlay is the very conceptual foundation of European Defence Union? If planning of defence spending and equipment procurement is to be coordinated to provide an operationally integrated European Force, how is operational integrity and independence of Her Majesty’s armed forces to be maintained? If operational control rests with Brussels, how is it to be regained in a time of crisis when the interest of the United Kingdom diverge from those of the European Union? How does the move towards military mobility affect UK national defence and the integrity of our borders? What will the effect be upon our defence industries and national technological base? As the leading martial nation amongst European powers, how is the UK defence and security inventory valued? What provisions for conscription might arise? And of course how much will all of this cost the British taxpayer?

Let us hope for more questioning in parliament and a realisation that the correct terminology is vital if anything meaningful is to be uncovered.

For unless the truth of European Defence Union can be discerned from within the smokescreen of plausible deniability and the chaff of terminological inexactitude, this is how Britain will fall: Not by the sword but by the bureaucrat’s deceptive pen.

Help the UK Column by becoming a member:

The UK Column is an independent multimedia news website supported by its members.

My journey through life has taught me that things are not the way we are told. That science driven education is not about learning - learning is something you have to figure-out for yourself. These pages may help!
Loading Comments...
Comment
×
%d bloggers like this: