“Prescription Drugs Kill Over 100,000 People Each Year, Are You Being Medicated Incorrectly?”(USA)

Hippocratic oath, ethical code attributed to the ancient Greek physician Hippocrates, adopted as a guide to conduct by the medical profession throughout the ages and still used in the graduation ceremonies of many medical schools.
In the oath, the physician pledges to prescribe only beneficial treatments, according to his abilities and judgment; to refrain from causing harm or hurt…
https://www.britannica.com/topic/Hippocratic-oath

NHS UK recommends using the Internet to find information about prescription drugs. But doing so is disconcerting in that most prescription drugs are said to be either ineffective or dangerous or both. At the link below the independent.co.uk reports that:

“It is an open secret within the drugs industry that most of its products are ineffective in most patients but this is the first time that such a senior drugs boss has gone public. Allen Roses, worldwide vice-president of genetics at GlaxoSmithKline (GSK), said fewer than half of the patients prescribed some of the most expensive drugs actually derived any benefit from them.”
https://www.independent.co.uk/news/science/glaxo-chief-our-drugs-do-not-work-on-most-patients-5508670.html

Statins ineffective at lowering cholesterol in over half of all patients, study suggests
News, 16 April 2019
https://www.gmjournal.co.uk/statins-ineffective-at-lowering-cholesterol-in-over-half-of-all-patients-study-suggests

Statins for Cholesterol Reduction
Cholesterol medications such as Mevacor, Zocor and Pravachol are known as statins. Statins are used to reduce cholesterol production in the liver and change the method in which LDL cholesterol enters the cells. Prolonged used of statin medication can produce side effects such as liver toxicity, muscle inflammation and cataracts.
https://www.livestrong.com/article/91321-ten-dangerous-prescription-drugs/ 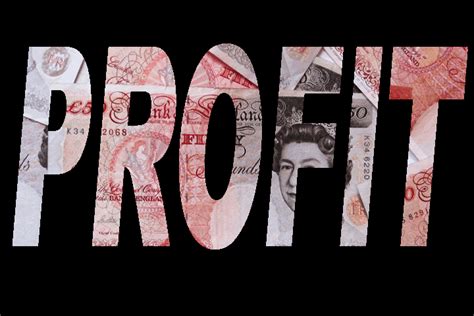 Winter flu heaps pressure on NHS as officials warn jab ineffective against most common strain
Vaccine does not protect against type which has accounted for the vast majority of Influenza B cases reported …However the three-strain, trivalent vaccine is cheaper so is thought to be the most widely used.
Alex Matthews-King Health Correspondent
https://www.independent.co.uk/news/health/flu-jab-nhs-warning-winter-ineffective-a8142376.html

The flu vaccine’s failure to protect against some of the key strains of the infection contributed to more than 50,000 “extra” deaths in England and Wales last winter, according to data from the Office of National Statistics.
https://www.sott.net/article/401937-UK-Ineffective-flu-vaccine-contributed-to-50000-extra-deaths-last-winter-ONS

Basically, most of those who had the vaccine are NOT protected.
And then an update:

NHS England update on recommended flu vaccines for 2019/20
January 23, 2019
“As stated in the previous letter, the vaccines recommended for the 2018/19 season continue to be recommended for the 2019/20 season. Both are currently licensed and available to order for use in the United Kingdom…”
https://www.england.nhs.uk/wp-content/uploads/2019/01/vaccines-for-19-20-seasonal-flu-vaccination-programme.pdf
They are still pushing an ineffective vaccine even though they have admitted it’s useless.

Blood thinning agents such as Coumadin (warfarin) are commonly prescribed to prevent strokes and heart attacks. Individuals taking these types of medication should use extreme caution since severe bleeding can result even from the smallest cut or scratch. Death can result from excessive blood loss from what would seem to be a minor injury in individuals taking this type of medication.
https://www.livestrong.com/article/91321-ten-dangerous-prescription-drugs/
You may bleed to death but you probably will not get a heart attack.

This brings me to my own experience and the surgery I attend pushing statins, flu vaccinations and Coumadin (warfarin) and now Metformin at almost every visit in spite of the fact the first two are ineffectual and the third is dangerous not to mention the forth (see below).

I had a blood test at my annual check-up three weeks ago. Some days later a phone call to tell me I needed to take another blood test “but don’t worry there is nothing serious”.

A few days go by and a call from a doctor who said: “I’ve prescribed you Metformin low dose and I’ve made you an appointment at the diabetes clinic”. This was without him seeing me. His tone was angry/aggressive and it pissed me off somewhat. I said, “This is something new”. He said “This has been going on since 2014” the implication being that I knew about it and was avoiding treatment. Up until this point no one had ever mentioned diabetes – five years with diabetes and no one had said a bloody word about it? It turns out that Metformin is a pre diabetes drug and I began to suspect this as a ruse to get me on yet another drug to swell the already bloated coffers of the drug barons and the doctor’s perks.

Speaking to my brother who does have diabetes he said Metformin had no useful effects when he took them. This seemed to go along with what I’d read on the Internet… 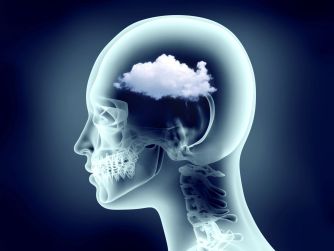 Metformin and Impaired Thinking
According to new research from Australia, the oral diabetes medicine metformin is linked to impaired brain function, but supplementation with vitamin B12 may reduce some of the cognitive effects….
https://www.diabetesselfmanagement.com/blog/metformin-and-impaired-thinking/

The last thing I or anyone else needs is impaired thinking. Is the possibility that I may or may not have diabetes sufficient cause for me to take another drug that could be harmful to my brain? But not to worry, we have B12 that may or may not reduce some of the brain damage??? We…ll that’s OK then!!!

Tort
Wiki: A tort, in common law jurisdictions, is a civil wrong that causes a claimant to suffer loss or harm resulting in legal liability for the person who commits the tortious act. It can include the intentional infliction of emotional distress, negligence, financial losses, injuries, invasion of privacy, and many other things.
https://en.wikipedia.org/wiki/Tort

Diabetes Drugs
Type 2 diabetes, or non-insulin dependent diabetes, is the most common form of diabetes. Medications such as Glucotrol are often prescribed to control type 2 diabetes. Medication is often times not necessary for treatment of this condition and glucose levels can be controlled by other methods. Medications such as Glucotrol have several side effects such as hypoglycemia, fatigue and liver damage.
https://www.livestrong.com/article/91321-ten-dangerous-prescription-drugs/
Try to avoid sugar for a few days before the test.

Beta Blockers Cause Diabetes
While most people would not think of diabetes as a ‘side effect’ of a drug, unfortunately beta blockers side effects DO include the development of diabetes at such high rates that one study evaluating this had to stop the study before it was completed due to the high rates of diabetes in those who were taking the beta blockers!
https://www.side-effects-site.com/beta-blocker-side-effects.html

Yes I’m on beta blockers for a fibrillating heart valve.

Beta blockers are a class of drugs prescribed to lower blood pressure. Lopressor and Tenormin are some examples of beta blockers. These medications alter the heart’s ability to respond to stimulators such as adrenaline and epinephrine. These drugs are meant to weaken the heart so blood pressure is lowered and, subsequently, heart pain is reduced. This class of medications also causes some serious side effects such as loss of libido, impotence, elevated blood lipids and compromised cardiac function.
https://www.livestrong.com/article/91321-ten-dangerous-prescription-drugs/

Beta Blockers
European doctors may have caused as many as 800,000 deaths in five years by following a guideline to use beta-blockers in non-cardiac surgery patients—a guideline based largely on discredited science
https://articles.mercola.com/sites/articles/archive/2014/01/29/beta-blockers-death.aspx

It appears I’m taking drugs that can or have caused the things I’m being treated for, with drugs that have further multiple side effects. My reaction to all this is not so much about the ineffectual drugs but trust, something much more important. I no longer trust the doctors or any of the staff at my local health centre. I will not be going there again.